To get people embracing change you need to become a master influencer. 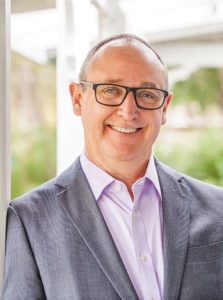 I’ve been speaking and facilitating most of my life. Recently I read a magnificent article titled ‘The art of persuasion hasn’t changed in 2000 years by Carmine Gallo*‘ on the art of influence and persuasion. It was so compelling it got me thinking about the importance of influence when it comes to leading change.

It’s one thing to be the instigator of change but it’s a different thing to have change thrust upon you. According to McKinsey**, there is a 30% more chance of a change initiative succeeding if people embrace it and are invested in it.

Which is why this recent article by Carmine Gallo in HBR was so profound for me because its spoke of 5 keys that Aristotle wrote about more than 2000 years ago. What I find fascinating is that these ideas are still relevant today, more importantly, vital for anybody within an organisation leading and communicating new initiatives.

Let’s have a look at each of these 5 elements and how they relate to making change happen within teams.

When it comes to change, we need to know the person leading us has the character and credibility to do so. Otherwise, we just won’t accept it. As leaders, if we expect our people to adopt change and act on it, we better make sure we believe in it and act on it as well.

A few facts and figures go a long way because they satisfy the logical part of our brain.  Of course, not everybody wants to be overwhelmed with statistics but a few quantitative examples of why a particular change is important (such as an increase in real wages or decrease in stress levels) can make all the difference.

As humans, it is when we become emotionally connected to something that we begin to embrace it and engage with it.  When trying to influence people as to the need to make change happen to find ‘what’s in it for them’ emotionally is powerful.

At film school one of my tutors once said to me we are genetically engineered to understand story.  In the world of business, the storytelling is becoming more and more popular and for good reason.  One of the simplest ways to use story is a metaphor.

No one likes changes because it seems too hard, too big and too scary. A great antidote to that is making it simple so it doesn’t seem overwhelming or complex. Keeping a message concise and clear isn’t easy but it is worth the effort. Take the time upfront to keep it short and simple.

Unless you can influence the people within your organisation to adopt new ideas and new ways of doing things the status quo will remain. And in a rapidly changing world, status quo is the nemesis of business growth.