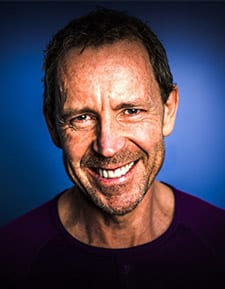 Cameron Schwab was appointed CEO of the famous Richmond Football Club at age 24, the youngest in the history of the game. He then spent the next 25 years as the CEO of three AFL clubs, the second longest serving CEO in the modern game.

The CEO roles Cameron took on all had something in common. The clubs were at their lowest ebb, uncompetitive on the field, and facing massive financial, structural and strategic challenges off it, which, in combination, threatened their survival.

The AFL is an unforgiving, unrelenting and often ruthless environment. Progress is hard-won, but in all cases, the fortunes of the clubs Cameron led were restored, both on and off the field.

A measure of his legacy is the fact that Richmond, Melbourne and Fremantle are now, by any measure, vibrant, financial and highly competitive clubs. Their supporters can look to the future with great hope and optimism.

What does Cameron speak on?

Cameron has channeled his deep experience in leadership in professional sport and business, mentoring CEOs, senior and emerging leaders and their organisations across many industry sectors, those seeking to build high levels of cultural, strategic and leadership trust as the basis for sustained high-performance.

Cameron is also an artist, and there is a compelling creativity and originality in his storytelling and speaking. He explores the deep personal and professional challenges he faced as a leader, his openness, vulnerability and generosity creating a powerful connection with his audience, who will be reaching for their notebooks to record the insights and wisdom from a fully-lived leadership experience.

What are the presentation areas Cameron covers?

The Score Takes Care of Itself – Aligning Purpose and Performance

Cameron delivers a game-changing framework that aligns purpose and performance, particularly as it relates to the complex mix of culture, strategy, leadership and decision-making judgment. Then, as Hall of Fame NFL coach Bill Walsh would say… “The score takes care of itself.”

Being Brave – The Authentic, Vulnerable and Courageous leader

Cameron models his ‘Being Brave’ mantra – a seven-step process to find the answers for yourself, rebuild confidence, and be the leader you aspire to be.

Leveling Up – What business can learn from professional team sport

Cameron fully explains a seven-step process, immediately executable, enabling leaders to establish performance accountability, where people consistently set high expectations of themselves and behave to those expectations, and most importantly, do the right thing, even when it’s hard.

What clients say about Cameron…

“Cameron Schwab’s presentation to the CEO forum was raw, passionate and insightful. His engaging style and willingness to share his own story in a way was at times raw and vulnerable. His insights into leadership and the challenges that go with it, gave me a lot to think about.”
Jim Mole, CEO Ameropa Australia

“One of Cameron’s key messages is that ‘leadership is so personal’. He is remarkably generous in sharing his intensely personal journey and reflects on how this informs his leadership, trust and high performances frameworks. These models developed over 25 years of leadership practice resonated deeply with the CEO Forum members and provided them with fresh insights to take back to their own businesses.”
Richard Lindell, CEO International CEO Forum

“Cameron’s leadership workshop was one of the best I’ve been to. Practical and clear frameworks for leadership, with authentic and powerful delivery. Cameron’s experience as a leader in an elite sporting environment provides a unique perspective to leadership that I wish was taught more broadly. And a masterful storyteller!”

“Absolutely inspirational and will make a difference to what I think and what I plan to do. Cameron’s passion and great storytelling skill meant his message was delivered 100 times louder and clearer.”
Richard Ye, General Manager Australia and New Zealand, Armstrong Flooring

“Cameron is authentic and real. He is also a great thinker who has been able to turn his experiences, both good and bad, into a practical toolkit that you can arm yourself with to succeed in leadership. In one training session, Cameron succinctly described the lessons that it took me 12 years to learn in business. But not only that, Cameron is all about implementation – the practical outworking of leadership skills in a tailored and achievable way.”
Adrian Spencer, CEO Grant Ready